Reluctantly leaving the Burney Mountain Guest Ranch late in the afternoon, we set an easy goal of reaching the Burney Falls State Park for the night. We arrived as the day began to cool (from high 30s!) and headed straight for their general store for soft serve ice cream. After setting up our tents, we headed towards the showers; even though it had only been a matter of hours since our last shower, we needed it after hiking in that heat. We began our walk towards the shower block (from the furthest reaches of the campground to where they banish all the smelly hikers) passing by dozens of weekenders with their RVs and jet skis and barbecues. We are doing this all wrong, we thought as the smell of burgers wafted our way. But then, as if she had read my mind, a lady called out to us: “Are you guys hungry hikers?” Well, if that’s not the way to kidnap a long-distance hiker than I don’t know what is. We nodded and headed over eagerly to where this amazing family offered us their camp chairs, wine, pulled pork, corn, and watermelon. It was heaven! We spent the next couple hours chatting and enjoying their company and hospitality. It was some of the most beautiful trail magic yet. 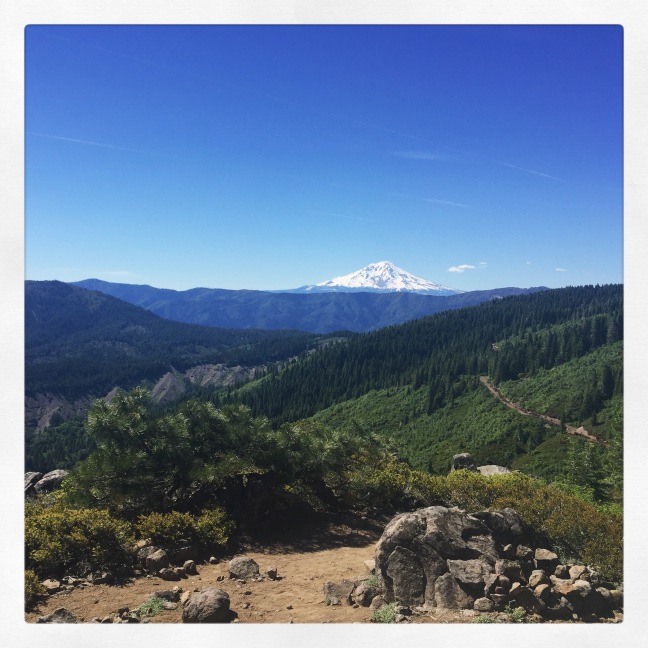 We did eventually get our showers and a great night sleep before heading out again the next morning. The next couple of days gave us ample shade in the dense forests and sweeping views Mount Shasta. While the heat was extreme, the hiking was quite pleasant with minimal snow and other disruption. On our final day of that section, we meandered down to the Sacramento River and took a glorious dip in the cool waters before being picked up by one of the other hiker’s parents! They greeted us with chips and guacamole and fruit and beer and gluten-free brownies! It was such a treat! We then headed for the town of Mount Shasta to rest and resupply. 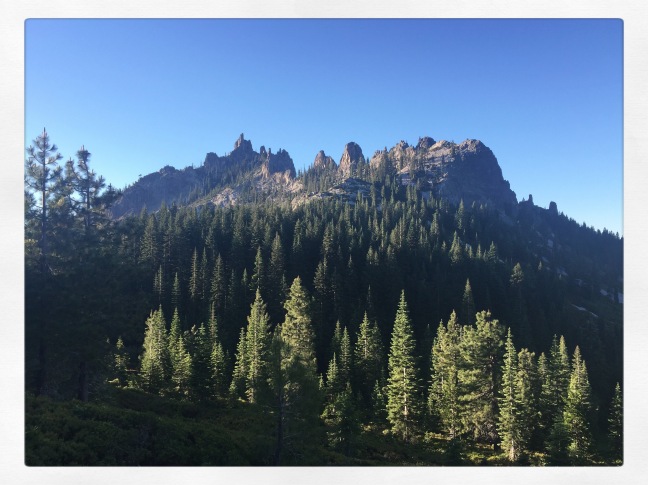 After learning that conditions were (mostly) favorable for the next 100 miles, we set out the following day into the Castle Crags Wilderness. The days that followed were some of my most treasured days on the PCT and outdoors in general. We climbed high into the mountains again and enjoyed spectacular views of Castle Crags and Mount Shasta. The weather was warm but seemed manageable, and we weren’t due to hit snow until our third day out! Things were going well, in spite of warnings from several day-hikers that we would never make it through due to snow.  We quickly gave up trying to explain how we’d prepared for it and brought the appropriate gear. Our credentials were never sufficient, it would be IMPOSSIBLE. Eventually we would give up trying to explain, wish them a good day and hike on under their judgemental gaze. The exact opposite experience was true when we would encounter a southbound thru-hiker. There would be a short exchange about the tricky sections up ahead and the (sometimes creative) solution they had employed to tackle it. The implication was anything was possible with the right approach. 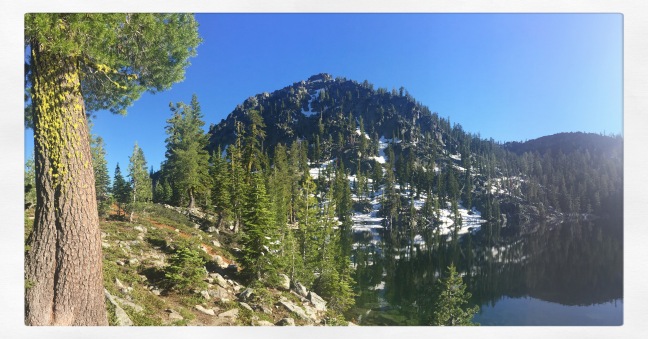 We set our camp early that afternoon after only 20 miles because a tricky section of snow was to begin only a mile or two down the trail. We took a refreshing swim in Porcupine Lake and had a relaxing evening before the black flies drove us into our tents for an early night. The next day saw us up to the snow field and into a long traversing descent of the north side of a bowl. The snow was perfect for kicking steps at that hour of the morning and we made quick work of it. 25 miles passed quickly before we set up camp in the woods on the edge of a meadow. We fell asleep to the sound of deer grazing with the midsummer evening sun still streaming through our open tent doors.

The next day we had thunderstorms in the forecast as well as an area of snow to tackle. We had the most beautiful views of the Trinity Alps as we hurried to cover as many miles as we could under the gathering thunderclouds. The day was mercifully cooler but humid. We were pleased to find that the snow we had been warned about had largely melted during the previous few days and the going was easy. In the afternoon, we had a long ridgewalk before dropping down into a river valley and had intended to climb the far side before camping for the night. However, as we neared the river we began to hear the low rumble of thunder in the distance and the sky began to darken. We made the decision to cut our day short by a couple of miles and camp low in the valley rather than exposing ourselves to the storm up on the ridge. Although many people think that bears and mountain lions and axe-murderers are cause for concern in the backcountry, the most real threat to safety is probably lightning, especially if you are caught on high, exposed ground. Luckily, we only caught the edge of the storm, unlike some of our hiker friends who were a bit further north and had to protect themselves from quarter-size pellets of hail. 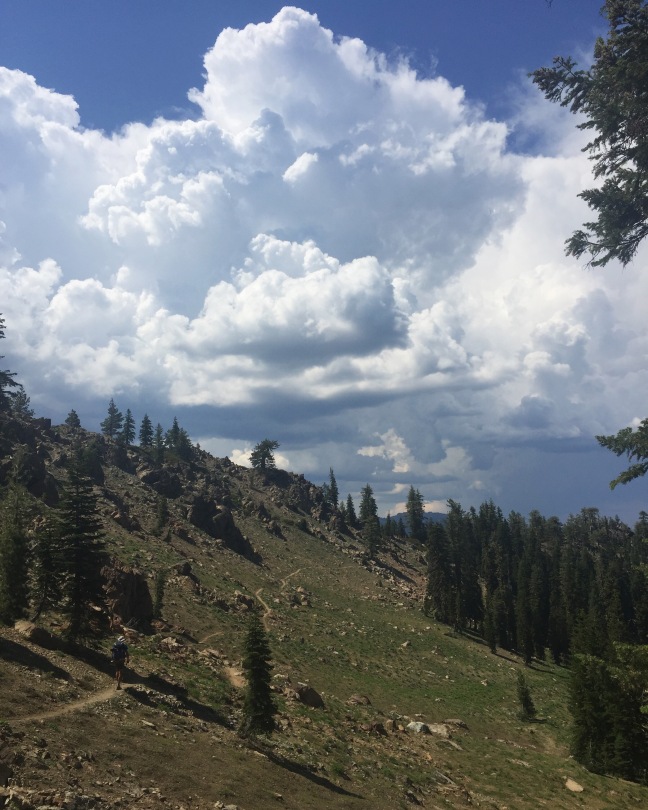 The next day we decided to push through the final 20 miles to get into Etna a day earlier than planned. We passed through an area called the Russian Wilderness, which had some of the most incredible granite cliffs we have seen yet. We successfully circumnavigated the first near-vertical snowfield we came to by following the rocky ridge line. We were rewarded with spectacular views and a lot of time and anxiety spared. However, we missed the alternate for the final snowfield at the end of the day resulting in an hour-long half-mile traverse of steep snowbanks through the trees on the north side of Etna Summit. We were exhilarated (and relieved) when we reached the top and found the final 3 miles a dry, easy trail down to the road. 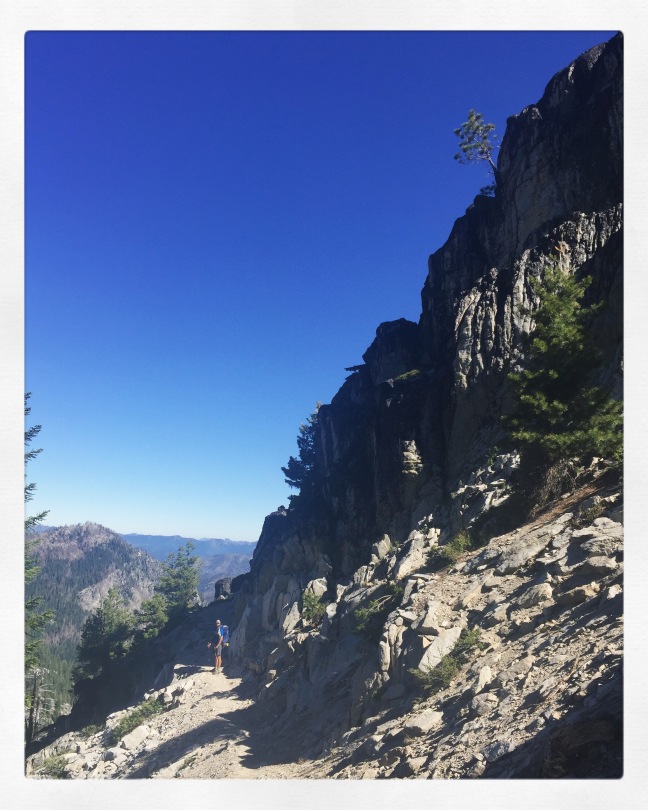 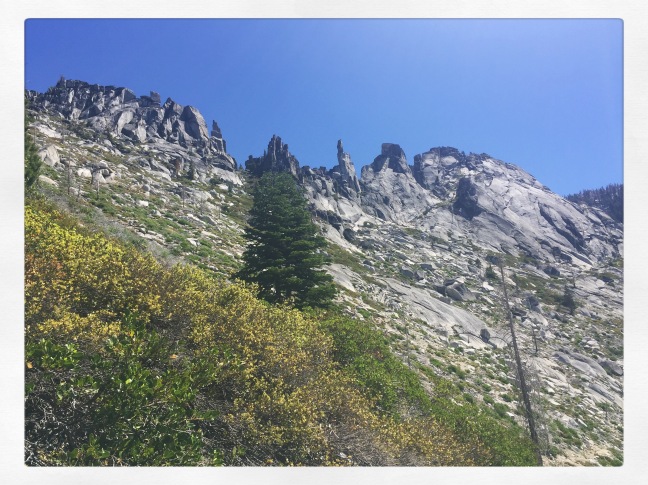 It was after 6 pm when we arrived in Etna, but the evening was warm and we were lucky enough to meet up with some friends we had met on the first day of the trail but hadn’t seen much since! We have now spent over 70 days on the trail, and can’t believe how quickly time has passed. We have become accustomed to the gentle rhythm of this nomadic existence: wake, pack, walk, unpack, sleep, repeat. Although the routine is the same, every day is different, and we feel so lucky to be on this journey together. We have less than 100 miles left in Northern California now before we hit the Oregon border. Once we reach there, we will likely flip back to finish the 500 miles of central California that we flipped past a couple of weeks ago. Oregon is still quite snowbound, but thawing quickly, so plans may change. But one thing is for sure, the next time you hear from us, we’ll be in a new state for the first time in over 2 months!