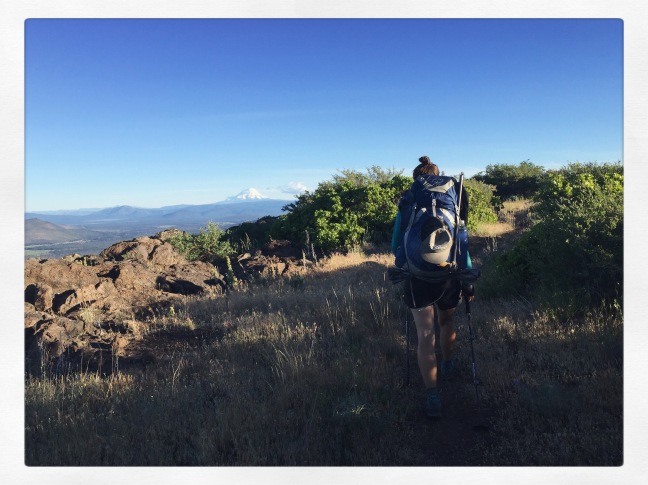 After some deliberation in Bishop, four of us (Martyn, Ellen, Everett, and I) decided to flip up to Chester. There were few conditions reports for NorCal but the section from Chester to Burney seemed to be one of the flattest and lowest elevation sections (read: minimal snow and run-off woes). We had heard that Lassen National Park would likely hold its snow late into the season, but that was only a short stretch of trail. So, we boarded a bus to Reno and then an Uber to Chester (to cut off about 5 hours of travel time) on Monday. The next morning, we were back on trail, just a few short miles north of the official halfway marker. It felt weird to be in NorCal this early in the season, but we were immediately content with our decision as we cruised through pine forests and crossed placid streams. We were also grateful for the solitude. After the crowds in SoCal, it was a change to barely see another soul on trail. The conditions this year have certainly spread out the herd.

We enjoyed a peaceful day of hiking on soft pine needle trails. We took a short detour to see Terminal Geyser, a steam vent along a stream just inside Lassen National Park. From there it was a short walk to the Warner Valley Campground. Although we would normally prefer a backcountry site, Lassen National Park now requires the use of a bear-proof food container when camping in the backcountry. Unwilling to carry them for one night of camping meant we were limited to camping at a site with bear bins. The need for safe food storage became apparent while we ate dinner that night and watched a beautiful, healthy blonde bear trundle by the campsite, not even a couple hundred feet from us. He paid us no mind and did not exhibit any dangerous behaviors, but it highlighted the need to protect these wonderful animals from human food and habituation.

The next day took us up a brief hill and then down into a steep valley. Although not entirely unexpected, we were dismayed to find the trail completely obscured by snow. Even in the exposed patches, the trail was nearly unrecognizable due to damage from the harsh winter and spring run-off. The next 5 hours saw us painstakingly navigating through the sloppy snow and mud, crossing numerous rivers and seasonal streams, and skirting around flooded meadows. When we finally breaked for lunch near lower twin lake we were exhausted and dejected when we realized we had only made 7 miles in 5 hours. While this would have been reasonable time in the Sierra last week, the pressure was on to make at least another 9 miles to get out of the park (due to the bear can restrictions). Happily, within half a mile from our lunch spot, the snow vanished completely. We easily made 12 miles on dry trail to camp down near our target of Hat Creek. This put us in easy distance of JJ’s cafe in Old Station for breakfast! Hashbrowns!! 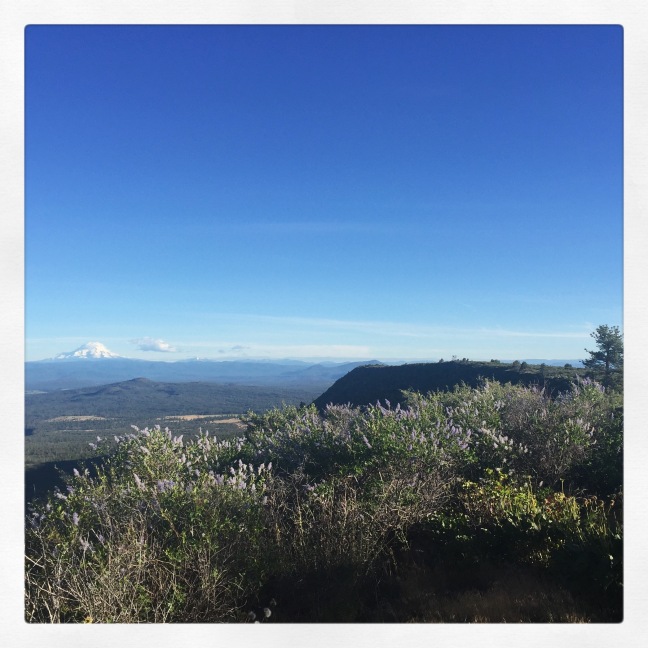 The next morning we enjoyed a leisurely 8 miles to JJ’s Cafe where I gulled a chorizo scramble, hashbrowns, sausage, numerous cups of coffee and a strawberry milkshake. I also got to snuggle a golden retriever, so it really was my day. After a few hours, we headed on to check out the Subway Cave, a long lava tube just off the PCT. The rest of the afternoon was spent working our way up to and then along the Hat Creek Rim. A notoriously hot and dry section of the trail, we felt lucky to be doing this section earlier in the season where the temperatures topped out just around 30 degrees Celsius. We had spectacular views of snow-capped Lassen Peak and Mount Shasta and the valley below. We camped near the turn off to lost creek and scrambled down the steep canyon trail to drink from and bathe in it’s cool waters. 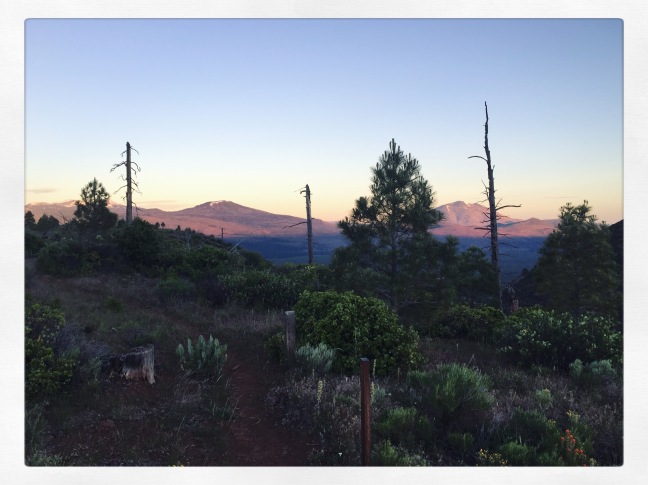 The next morning I woke at first light and we got to experience a spectacular sunrise over the mountains as we hiked out. With a heat wave in the forecast we were keen to get as many miles as possible early in the day. The morning took us through the remainder of the hat creek rim and down to the valley floor. We spent an hour at lunch sprawled in the shade of an oak eating and resting sore feet. Walking over the sharp, loose volcanic rocks had taken it’s toll on my body and my mood. I was beginning to wonder if I was even capable of walking a mile without tripping and swearing a blue streak. To make matters more difficult, the afternoon was hot and the most humid we have experienced on trail so far. Sticky, salty, harrassed by gnats and mosquitoes, and forced to navigate through groves of poison oak, I was beginning to second guess our reasoning for doing this hike at all. We could be in Hawaii, or Portugal, or floating down the Goose River. We could be on the porch of Bill and Holly’s cabin, or on the couch with our dog! What is wrong with us (rhetorical question, please don’t open that can of worms, mom)?

Riding that low, we hobbled into the Burney Mountain Guest Ranch and were saved. I almost cried over the delicious homemade orange sherbet we were given on arrival. What must’ve been the best shower ever came next, along with laundry and a home cooked meal. It has been a little slice of heaven! 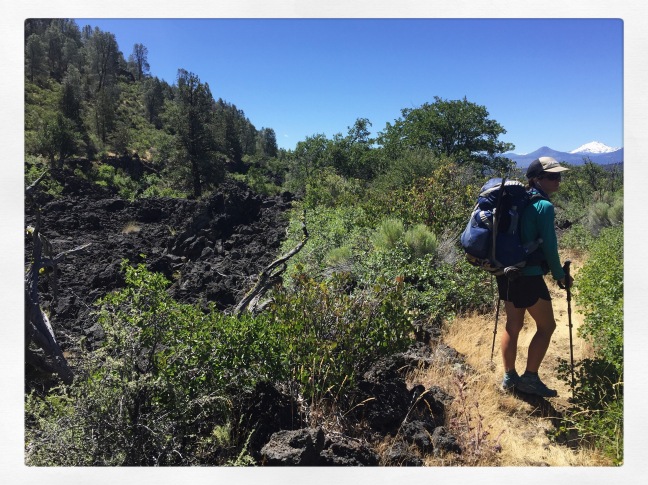 From here the plan is to take a short day to Burney Falls today before heading towards Mount Shasta next week! Wish us luck (and coping skills) as we hike through this heat wave! 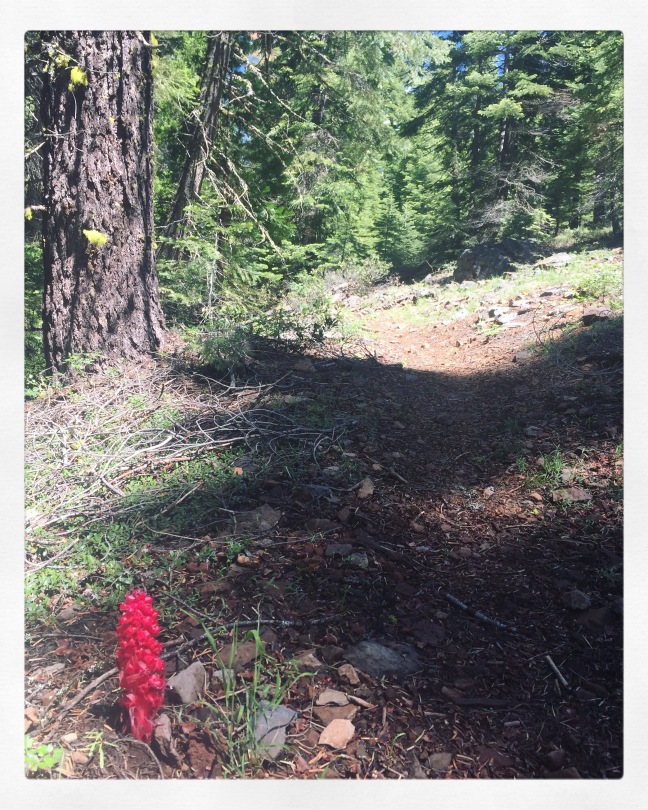 2 thoughts on “The flip to NorCal”